Alcohol and drugs affect each and every one of us. Try as you might, you cannot escape alcohol and drugs. They are in our homes, in our families, in our school, and in our community. More than 23 million people over the age of 12 are addicted to alcohol and other drugs affecting millions more people — parents, family members, friends and neighbors.

Teens who abuse drugs are more likely to struggle with addiction later in life and have permanent and irreversible brain damage. Unfortunately, too many die from their very first hit.

Common effects of drug use are:

No one wakes up wanting to become an addict… Don’t do Drugs.

The Science of the Natural High

The Science of the Natural High

I’m Only Me If I’m Drug Free

I’m Only Me If I’m Drug Free

Where to Go for Help

Where to Go for Help 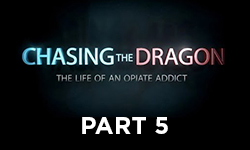